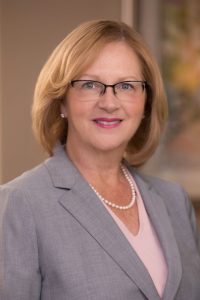 On April 1, 2022, Donna Boulanger handed over the North Brookfield Savings Bank reins to Marco Bernasconi Jr. as she walked out the doors at 35 Summer Street and into retirement.  Donna will become Chairwoman of the Board of Directors, and Roland Gauthier will serve as Vice-Chair.  Bernasconi, who has served as President since April 2021, will also assume the CEO role.

“When I reflect on my time with North Brookfield Savings Bank what matters most to me is the dedicated group of employees that I have had the privilege to work alongside and the Board of Trustees who have always put the Bank and its future at the top of all priorities. They are the heart and soul of this Bank who truly embody the Core Values that were adopted in 2018 of EXCELLENCE, TEAMWORK, SUPPORT OF OUR COMMUNITY, ACT WITH INTEGRITY AND SHARE KINDNESS.”, said Donna Boulanger.

Donna was North Brookfield Savings Bank’s first female president, and she has overseen remarkable development and expansion of the Bank.  During Donna’s tenure as President and CEO, North Brookfield Savings Bank saw increased success in growing the Bank from $165 million in assets to over $350 million but, most notably, raising capital from $21 million to $40 million under her leadership, all while enduring an economic decline in 2008 and a pandemic over the past two years.

“I am honored to lead North Brookfield Savings Bank and continue upon Donna’s many successes.  Her leadership and mentorship to the team has been unwavering, and she has prepared them well for this transition and change in leadership”, said Bernasconi.  “I am proud to lead an organization that the community, auditors, and peers have so well regarded, and that is a product of Donna’s work.”  Recently, the Bank was voted Best Bank in Central Massachusetts by voters.

She is a leader who is a significant role model for women, a highly respected financial industry leader, and a community leader across Central Massachusetts.  The Worcester Business Journal recognized Donna in 2021 as an Outstanding Woman in Business, and she also received the Massachusetts Bankers Association’s Outstanding Woman Leader award in 2020 and 2014 as a Woman on FIRE by The Warren Group.

She was elected to the Board of Directors of the Federal Home Loan Bank of Boston, FHLBB, in 2014.  Donna was the first female board member elected from the membership and represents Massachusetts-based FHLBB members.  She now serves as the Chair. 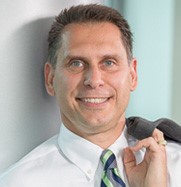 Donna was also the first woman elected by the membership to serve as a Director on the Board of the Depositors Insurance Fund and was on the Investment Committee, Long Range Planning Committee, and the Watch Bank Committee.  She has also previously served on the Board of the Massachusetts Bankers Association, the Massachusetts Charitable Foundation, and the Scholarship Fund and served on the Federal Reserve Bank of Boston’s Community Depository Institutions Advisory Council.

“Donna’s unwavering leadership, community values, and lifetime achievements are nothing short of admirable.  On behalf of North Brookfield Savings Bank, I wish Donna all the best on her new journey and look forward to partnering with her in her role as Board Chair”, said Bernasconi.

Each depositor is insured by the FDIC to at least $250,000. All deposits above the FDIC insurance amount are insured
by the Depositors Insurance Fund (DIF).

From time to time, we provide links to other websites for the use of our visitors, which have been compiled from internal and external sources. By clicking “continue” above, you will be opening a new browser window and leaving our website. Although we have reviewed the website prior to creating the link, we are not responsible for the content of the sites.

Information on linked website pages may become dated or change without notice, and we do not represent or warrant that information contained on these linked pages are complete or accurate. We suggest that you always verify information obtained from linked websites before you act upon such information.

The privacy policy of this bank does not apply to the website you visit. We suggest that you always verify information obtained from linked websites before you act upon such information.

Please be aware email is not a secure method of communication. Do not use email to send us confidential or sensitive information such as passwords, account numbers or social security numbers. If you need to provide this type of information, contact us by phone, fax or regular mail.